Because of the isolated location of Graham County the potential of the lakefront land for tourism was slow developing. Several investors had toyed with the idea of building a hotel since the late 1940s, but the shoreline of present day Town of Lake Santeetlah remained undeveloped until the early 1960s.

A couple of south Florida investors familiar with the beauty of nearby Fontana Village purchased the entire 125 acre peninsula for $50,000. Today one lake front lot will bring five times that.

The first houses were made from two 10-foot wide modular units dragged into place by a bulldozer and connected together to form a 20-foot wide cottage. The first six sold almost as soon as they were in place. Seeing the potential of the property, the investors borrowed more money to build the lodge and more cottages.

The difficulties encountered in the 1960s in this isolated mountain town are detailed by one of the original developers Joe W. Hudgens in The Thunderbird Story. It makes for an interesting read. Joe spent hours each day conducting business on the only telephone in the county located on Main Street at the Courthouse.

The lodge, restaurant and marina went up quickly. Joe brought in the first pontoon boat, a twenty-footer that carried up to a dozen passengers. Potential buyers were taken on a "cruise" to view the mountains and cottage sites from the lake. It was an easy sell.

Because the lake levels fluctuated up to 10-feet during the various seasons, the marina had to be made with floating docks. Many of the cottage owners began bringing their boats and the marina became a popular feature of Thunderbird Mountain.

In just a few years Thunderbird changed from a densely wooded mountain to a full-fledged resort and lodge with, motel, restaurant, swimming pool, docks and even horse stables. After 5 years the resort had 159 permanent homes and 18 motel rooms.

Today some of the original facilities still remain, and the recreational features of Lake Santeetlah are better than ever. The lake is maintained at constant levels and much of the shoreline remains undeveloped. Fishing is excellent and the are many secluded coves to explore. Lake Santeetlah remains a special place. 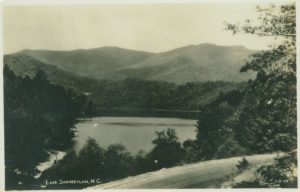 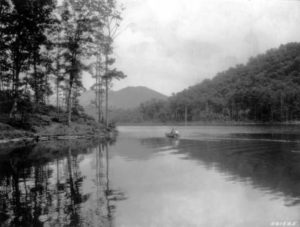 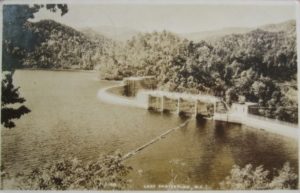 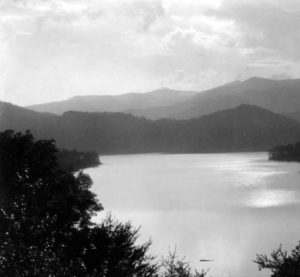 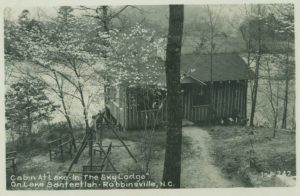 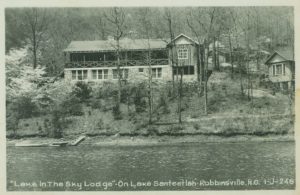 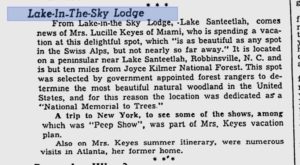 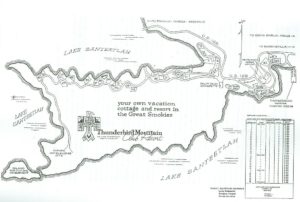 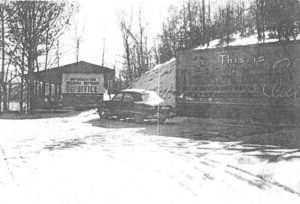 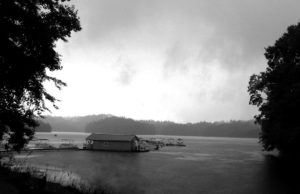